OSF looks back at a successful Soccerex USA in Miami. The Netherlands, as a leading sports nation, offers other countries many opportunities to share information, expertise, products and services. During the network reception, organized by the Dutch Consul General, Ms. Ruth Emmerink and her team, the Dutch delegation got the opportunity to meet a lot of people from the sports industry and the Dutch network in Florida. Later many contacts were made with decision makers of the American sports- and soccer industry. It was a perfect event for the American parties to meet the Dutch companies and learn from their knowledge, expertise and products and services.

The Dutch delegation also participated in the Soccerex itself. With a beautiful, eye-catching orange stand the delegation presented itself and the Netherlands as a sport nation. The Soccerex is one of the world’s most leading exhibitions regarding soccer/football. With the growing interest in professionalising soccer in America and the upcoming FIFA World Cup in 2026 (hosted by America, Mexico and Canada) the Soccerex offered many chances for Dutch and foreign companies to get in contact with each other to discuss the many opportunities regarding these topics. The exhibition was visited by representatives of many famous parties in the soccer world like: Major League Soccer, NWSL, Inter Miami, Concacaf, Paris Saint-Germain, FC Bayern Munich, Minnesota United, KNVB, EA Sports FIFA and Real Madrid. Also, over 2000 delegations from more than 90 different countries visited the Soccerex and encountered the Dutch delegation. A nice opportunity to meet the Dutch Sports Industry. 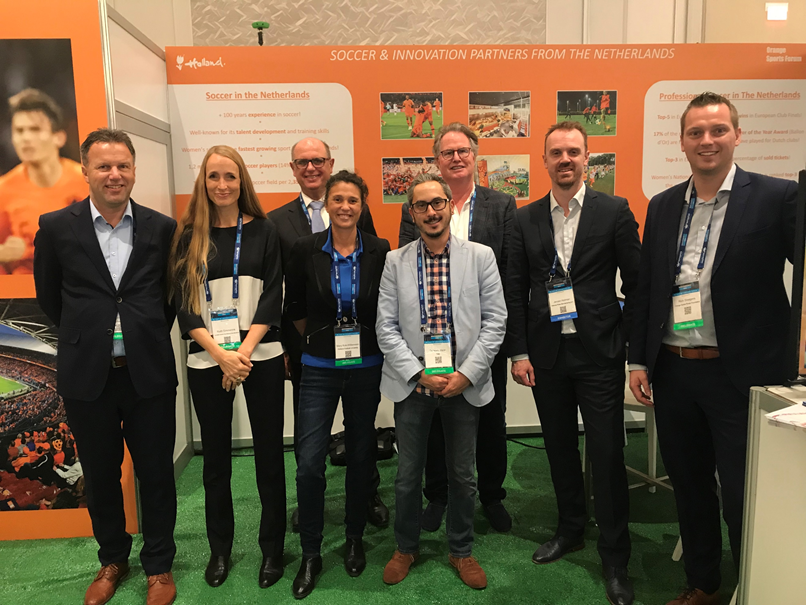 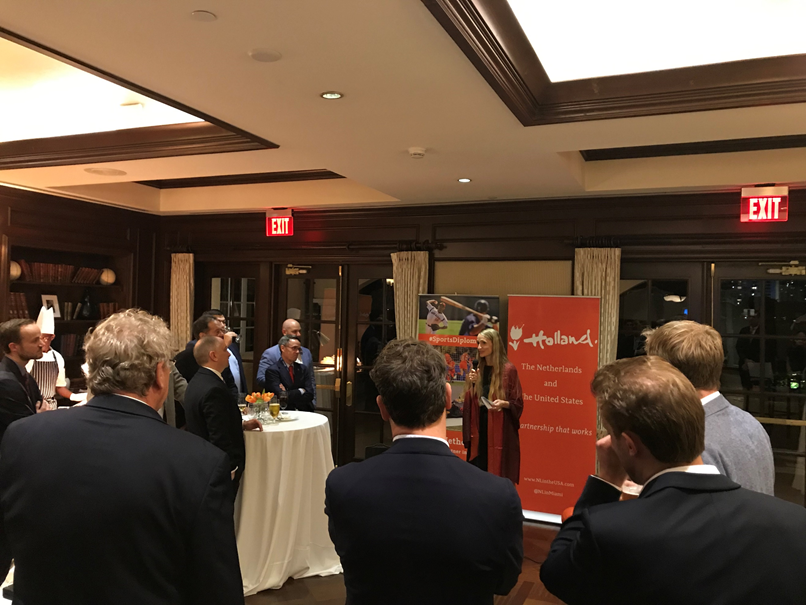 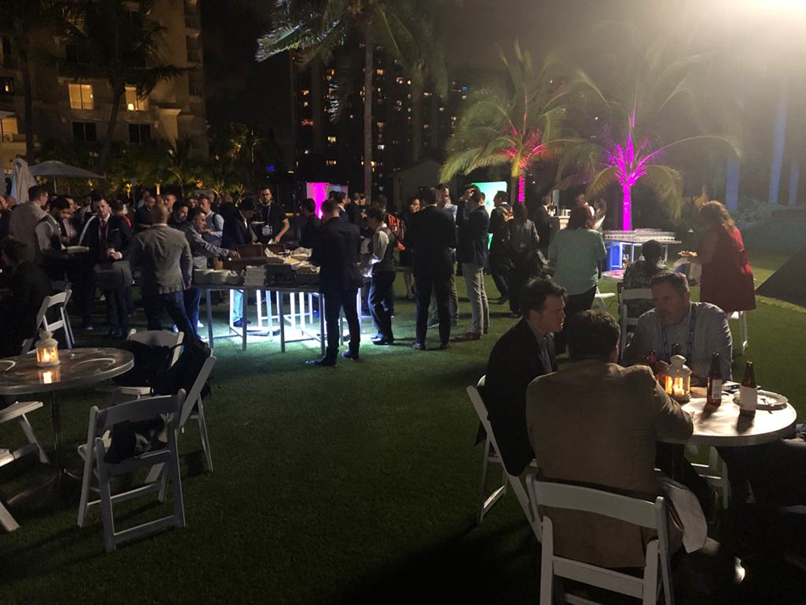