From the 15th to the 21th of April, a trade mission to the Soccerex in Zhuhai and Chengdu took place within the framework of the PIB program (Partners for International Business). 15 Dutch sports-related companies and organizations took part in the mission, as well as representatives from the Dutch embassy in Beijing, the Consulate General in Guangzhou and the Consulate General in Chongqing.

An important part of the mission was the participation in the Soccerex 2018 in Zhuhai. The Soccerex is considered one of the largest football fairs in the world and has taken place in various countries over the past 22 years. The Dutch delegation was represented with 15 Dutch companies and also had a striking and well-attended ‘Holland stand’ at the Soccerex!

There was an excellent program with speakers such as FIFA Secretary General, Fatma Samoura, Nasser Al-Khelaifi (President Paris Saint-Germain F.C.), Corné Groenendijk (AFC Ajax) and Ed Engelkes (Guangzhou R & F F.C.). In addition, several European top clubs and top competitions were represented, which also ensured good contact with European clubs. During the Soccerex sufficient space was available to make arrangements with interested parties and more than 1,000 (mostly Chinese) guests visited the ‘Holland stand’. The Soccerex gave the Dutch delegation an excellent opportunity to present themselves at a very good level and draw attention to the top of Chinese and international football.

In Chengdu, the delegation also had a very good and full program, which was excellently organized by the Dutch Consulate General in Chongqing! The program started with a visit to the biggest football club in Chengdu, Annapurna United Football Club. This ambitious club is very interested in Dutch expertise in the field of football and the development and exploitation of sports facilities. An extensive acquaintance took place and this offered a lot of perspective for further cooperation.

In the afternoon a Sino-Dutch Sports Forum was visited, which was organized by the Dutch Consulate General in Chongqing and the Sports Bureau of Chengdu. Various presentations from Chinese parties provided insight into the almost limitless possibilities offered by Chengdu and the opportunities for Dutch sports companies. Therefore, this was an excellent way for the Dutch companies to present themselves to more than 75 Chinese guests and to give presentations and insights into the possibilities that Dutch companies can offer.

One of the success stories of Dutch companies in China is Yalp. Thanks to their cooperation in China with Pureland, they have already realized 24 projects. One of them was visited by the delegation during the ‘Greenway Visit’ in Chengdu. Pureland also received a certificate from Yalp in recognition of their commitment to the Chinese market.

The mission to China once again offered a lot of leads for Dutch companies and the delegation got a warm welcome everywhere. In the coming period the contacts will be monitored and through the PIB program various activities will take place with regard to China. 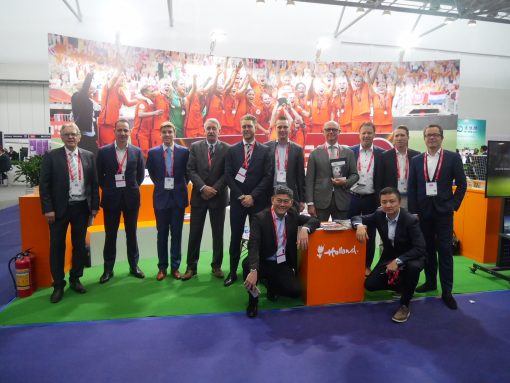 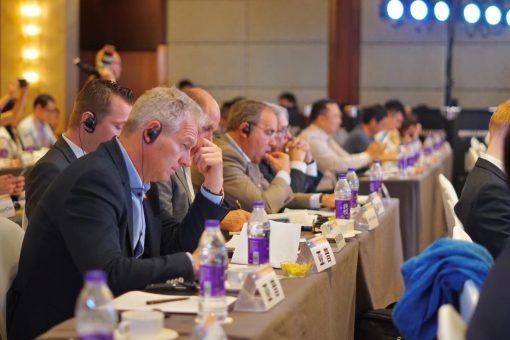 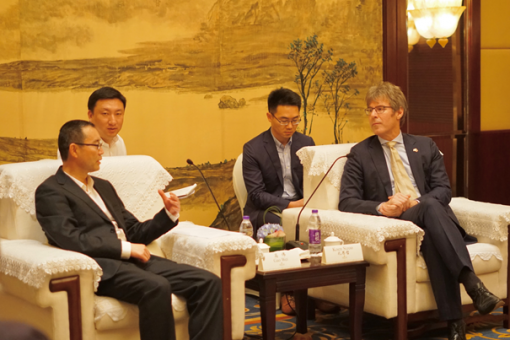 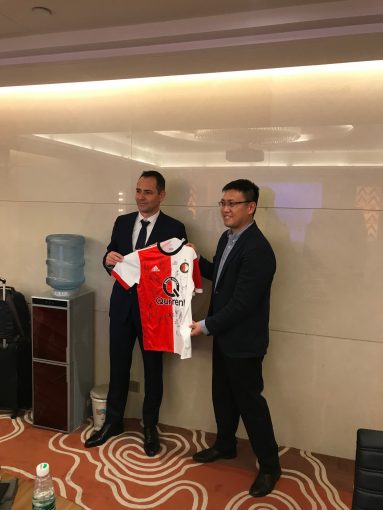